There once was a Kidult who was searching for a place;

Kidult loved to read stories, but didn’t like to race.

Despite what was there Kidult felt something was missing;

So Kidult built a new rowboat & started to go fishing.

Kidult became friends with all the fishies that flew.

There was still something out there that hooked onto the heart;

Kidult decided to go exploring a new place to start.

Kidult traded in the rowboat for a shiny diver’s suit;

Diving down deep was quite a long commute.

And so Kidult was there at the bottom of the ocean;

Where Kidult was finally near that love filled notion;

Till Kidult felt the hook again this time with a sound.

“No one really comes down here, what’s brought you this far?”

“I guess that makes two of us. Will you tell me who you are?”

“I’m just like you really but I’m looking up at the stars;”

They both looked at each other and said, “How ‘bout we go to Mars!”

They built a ship together, big enough for space;

In each other’s eyes is where they found their favorite place.

Two Kidults in love, they started off as friends;

Together through time is where the story ends. 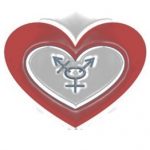 Anand is the Community Wellness & Engagement Coordinator with the AIDS Committee of York Region. He has worked in the social services field in various roles and has supported different vulnerable populations. Anand holds a Bachelor’s degree in Science from McMaster University and a Diploma in Social Service Work from Seneca College.