The Stage 185 bar will be a first for members of the LGBT community in York Region who will no longer need to travel to Toronto to gather in a social space dedicated to them. 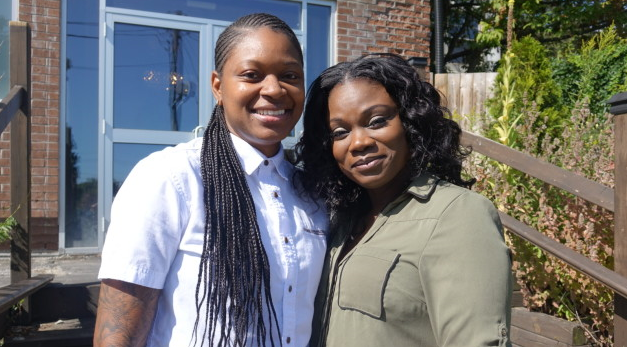 A text by Marie-Hélène Ratel

Patrice Bromfield of Newmarket has always found that there is not enough space to interact with other members of the LGBT community in York Region. She admits that getting out of the closet was difficult, when she found the people in the area rather conservative.

Just two months ago, her partner, Teresa Morrison, decided to remedy the situation by starting a business. They coveted a very specific place: the former Tequila 185 bar on Main Street, which closed its doors two years ago. Their project is waiting to materialize.

“Pride is only once a year. Nobody remembers it afterwards. The flags are removed from Main Street. So why should we stop there?” [said Co-founder Patrice Bromfield.]

This sound initiative is not the result of chance. The York Region Pride festivities took place last June and the parade was held in Newmarket for the first time. Previously [it was still in] Richmond Hill.

The support of the city’s residents during the event exceeded expectations, explains the co-founders of Stage 185 who were keen to take advantage of the impulse of the moment. 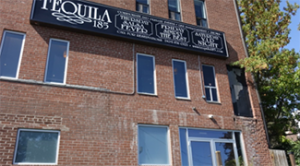 The new bar Stage 185 will be located in the building of the former Tequila 185 bar. Photo: Radio-Canada / Marie-Hélène Ratel

At the announcement of the creation of the bar, the reactions began to arise from everywhere, to the surprise of the two women. In particular, they received a large number of calls and e-mails from parents looking for resources for their children. “Parents seeking support and asking if we plan to organize activities for youth as well,” says Teresa Morrison.

The couple expects Stage 185 to become a central location for all members of the LGBT community, working with local groups and organizing various events, some for the younger ones.

The Pflag support group is one of the local organizations that welcomed the news with enthusiasm. Vice President Michael Blackburn admitted that the new bar will fill a gap in the region. 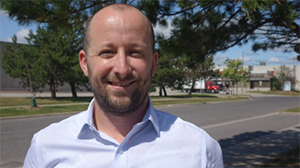 For the AIDS Committee in the York Region, coordinator Gary Wu can not believe it. He said he was already looking forward to working with the owners to increase awareness of the resources available in the region.

Newmarket Business Improvement Zone President Glenn Wilson says the city has always been a progressive community and that the bar will be a “great asset” on Main Street.

The official opening of the bar will take place this autumn, towards the beginning of November. In order to celebrate and bring the community together, a launch evening [took place] on Saturday, September 2nd at 9 pm at the Optimist Youth Center in Newmarket.

A drag queen show is then scheduled for September 17th. For the occasion, the artist Johnny Kolovrat, who lives in Newmarket, agreed to return on stage after 10 years of absence. “I did not think I could do it again. I had doubts. But I have no doubts, because I have support, and we now have a space, “he exclaims.