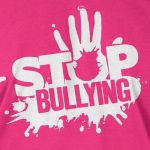 The Oxford dictionary defines bullying as, “A person who uses strength or influence to harm or intimidate those who are weaker”; it reflects the equation of weak and strong, but, can bullying be summed up in these words? Even though we say that all human beings are equal, there is always some form of power dynamic existing between us. Believe it or not, almost every human being has been through some form of bullying in his/her life, the only difference lies in how severe it was. In this context, bullying is not only restricted to a physical aspect but it can range from something as simple as body language to being vocal.

The unfortunate part is, no matter what type of bullying someone may encounter, it tends to have a deep effect and leave a mark, visible or not. The consequences of bullying can shatter a person inside. A person can carry these unforgettable memories with him or her which can further go on to create an indistinct part of his/her personality. Bullying can perpetuate in society because of many reasons; for instance: to take revenge, to vocalize stigma attached to a person for the sole reason to ’HURT’.

You may be wondering, why am I speaking about Bullying, when it is so mundane in our society? Well, that is the reason why I am choosing to write about bullying, because it is so MUNDANE. We are living in a world, where people tend to sadly use bullying to make themselves feel stronger. Some believe that certain others are not the right ‘Fit’ or ‘Appropriate’ for this world by targeting those who may be from the LGBTQ or HIV/AIDS communities (for example) because of stigma, discrimination or lack of education.

Bullying awareness day was February 22nd 2017, and this is a wonderful platform for us all to band together and communicate to the world what we stand for…. by stopping the bullying.

Zahra is currently a student placement with the AIDS Committee of York Region via the Seneca College Social Service Work program. She is also a committee member of the Youth Sexual Health Action Committee