Rapid tests for the diagnosis of syphilis and HIV: A potential game changer for Canada 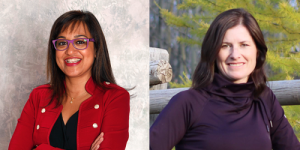 Syphilis is a sexually transmitted infection that is on the rise in Canada, with many areas experiencing outbreaks. In 2019, the Alberta Chief Medical Officer of Health declared an outbreak after observing a rise in cases not seen since 1948!

The infection is easily diagnosed by blood tests, and treatment with a single injection of penicillin can cure most cases. If left untreated, syphilis can cause serious problems with the brain, nervous system and the heart, and can also be passed on from mother to child during pregnancy.

Many cases of syphilis have occurred in people living with HIV. Having syphilis can also mean that it is easier to get HIV. Standard blood tests for syphilis can produce results in 10 to 14 days, which means that people who are infected with syphilis typically have to return for results and treatment.

Cases in Alberta have been found in people from all backgrounds but have mostly affected people whose social situations make it difficult for them to return for follow-up care after having a blood test done for syphilis and HIV.

Rapid (or point-of-care) tests have the potential to provide diagnosis and treatment for syphilis in a single visit. Although rapid HIV tests are approved for use in Canada, no rapid tests are available for syphilis.

What is the study in Alberta doing?

The Point-of-Care Tests for Syphilis and HIV (PoSH) study in Alberta started in July 2020 and is expected to be completed in early 2022.

The study is evaluating the use of two rapid tests that detect both syphilis and HIV and will compare the results from a fingerstick blood drop on the rapid tests to blood collected in a tube for testing done in a laboratory.

Both tests are made by the Canadian companies bioLytical and MedMira and provide preliminary test results in less than five minutes!

As of November 2, 2021, 1,071 participants have participated in the study, with a plan to enroll a total of 1,500 participants at risk for syphilis and HIV. All tests are being performed by nurses or nurse practitioners who are trained to offer counselling and to facilitate immediate treatment for syphilis, if indicated. The tests are being done at a provincial correctional facility, at a health centre in a First Nations community and two hospital emergency departments, all in Alberta.

The early results from the study show that both tests perform very well when compared to standard laboratory tests for both syphilis and HIV. We have also been able to provide immediate treatment for syphilis to nearly one quarter of participants, which helps reduce the number of people lost to follow-up. As part of the process, we have been able to ensure that people living with HIV are linked to treatment.

How was the study funded?

The main study sponsor is REACH Nexus at MAP Centre for Urban Health Solutions that is funded by the Canadian Institutes of Health Research (CIHR), with contributions from the Canadian Foundation for AIDS Research, Indigenous Affairs Canada, Alberta Health and Alberta Health Services.

What will happen next?

After the study completes enrolment in early 2022, we anticipate that both bioLytical and MedMira will use the data to seek approval to use both test kits in Canada, this was part of the agreement with REACH Nexus. While this application process is underway, we are hoping to apply to Health Canada for approval through the Special Access Program to continue to use point-of-care kits for syphilis and HIV testing, treatment and linkage to care in Alberta. In the short term, all testing will continue to be done by trained nurses or nurse practitioners.

Will community agencies be able to use these tests in the future? Will self-testing be an option?

Given the availability now of HIV self-testing in Canada, access to these tests through the I’m Ready research program launched in June of 2021, and recent efforts for enabling community agencies to do such testing, this will need to be explored in the future.

One of the challenges of the rapid tests for syphilis is that a positive test result cannot distinguish between a new and an old (previously treated or late stage, untreated) infection. In order to determine if a syphilis infection is old or new, a number of other pieces of information need to be taken into consideration, including the presence of any symptoms of syphilis (for example, sores on the genitals or a rash), previous history of treatment for syphilis and previous and current test results from standard laboratory tests.

Standard laboratory tests consist of three different tests while the rapid test only provides the results of a single test. A positive rapid test should therefore be considered a preliminary positive until it is compared to the results of the standard tests and the previous history. This makes it more challenging to interpret and to understand how to respond to a positive rapid test. As well, one of the greatest benefits of point-of-care testing is being able to offer treatment at the time of testing and at the present time, this is only available through a healthcare provider.

Ameeta Singh, BMBS (U.K.), MSc, is an infectious diseases physician and STI specialist in Edmonton, Alberta. She is the medical lead on the Point-of-Care Tests for Syphilis and HIV (PoSH) study.

Jennifer Gratrix, RN, MSc, is a nurse epidemiologist and the manager of STI Centralized Services for Alberta Health Services.

This content was originally published on February 2, 2022 at CATIE, Canada’s source for HIV and hepatitis C information.